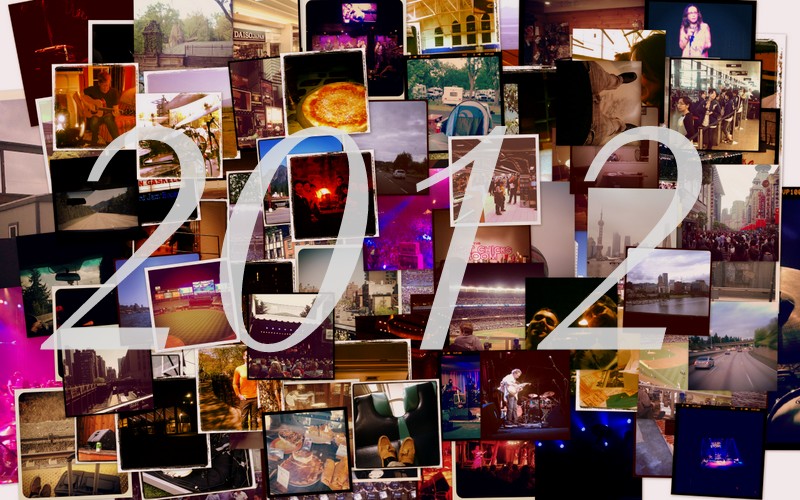 2012 was a great year. I think one year ago I was talking about building a solid foundation of some sort. As I look back on everything that happened in 2012, there is one lesson learned that sticks out in my mind above everything else:

“The process is the result.”

Of course there are different parts of this idea by which we identify in terms of beginning, middle, and end, etc. But the main essence that is behind all of that– The idea. The motivation. The work. The reward. This is all just an ongoing process that you have to keep striving for at any given time, no matter what. I’ve grown to be less concerned with where I am in the process, and rather making sure that I’m engaging in the process that’s there without taking a thing for granted and respecting it for what it is. Worrying about where you are and what you’re doing is really very pointless. Just make sure you do what you love and figure out how make everything else work out around that.

-Helped Kamiak WGI Pit/Percussion achieve their second undefeated season in a row
-Toured with Eric Tollefson
-Visited NYC for the second time
-Traveled to Shanghai, China with a portion of the UW Band
-Released my most successful YouTube video yet
-Visited Hawaii in the inaugural year of Washington All-State Marching Band
-Got to help some amazing Japanese musicians during their PNW tour
-Arranged some great music for Senshu University Tamana HS from Tamana, Japan
-Got to work with the best UW Drumline ever up close and personal during their season
-Accepted the captionhead job at my old corps – The Cascades
-Visited NYC (again) and Boston
-Reached 1000+ YouTube subscribers
-Started doing drum lessons via skype
-Received the greatest form of motivation ever in watching old friends Allen Stone/Greg Ehrlich/Brent Rusinow/Trevor Larkin/Mark Sampson/Jason Holt become truly legitimate professionals in this craft – culminating at their Paramount show in Seattle
-Built a website for my mentor, David Reeves
-Rounded the year out with a Vegas trip and another year at Snowflake Lane/Celebration Lane
-Played numerous shows with many great musicians thoughout the Seattle Area

Here’s looking forward to a great 2013. Thanks all for your support and encouragement!